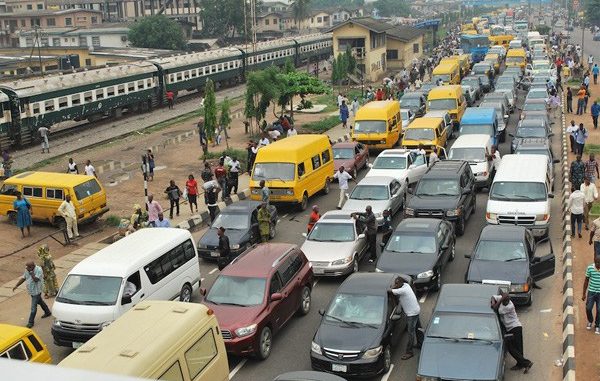 So, I had to walk from my office which is at Alausa to Agege, not by choice… Lol.

It rained and the usual traffic took over the roads, just that it was worse. There were no buses and the few transport vehicles available were charging twice the actual fare. I know some of you might have trekked more than that, well congrats to you… Lol. And if you haven’t at all, you should try it. You will find it a good inspiration. #winks.

So, I didn’t start off with the intention of walking to Agege. I thought I would get a bus in front, so I walked forward until I saw that I could not get one, and encouraged by the many other trekkers, I joined the train.

The journey actually started uneventful, I was basically singing and encouraging myself in the Lord… Lord, I needed that. Then I got to hear the amount the transporters were charging and I was really vexed. I really could not understand why people could be that wicked to take advantage of others simply cos of prevailing circumstances that no man has control over.

Well, when I saw the traffic, I began to give an excuse for them, but it really was not enough for me. I felt it was sheer wickedness that you would exploit people just because they seem helpless at that point.

But I remembered the words of Reverh at this point; “You really don’t need to understand them, you just need to see them the way God sees them”. I smiled meditating on this.

I almost didn’t write this piece because I felt exploited by the tricycle driver who took me from Agege to Abulegba. There was no traffic and he still charged twice the original amount. I was so pissed I really just wanted something bad to happen to him so that he would pay for exploiting people. But I had to munch on those words over and over again till I calmed.

Check This Out:  Depression Unmasked

One of the hardest things to do is to look beyond the outward manifestation of man’s selfish state – It is all too glaring – to see beyond what the physical eyes can see means shutting them and allowing God show you what is beyond the natural.

When Samuel thought he had the right person for the kingship role in Israel, God told him, “men look on the outside, God looks on the inside”.

So, he does not see the present fallen state of man but who He made man to be in the beginning, the perfect image of who He is. He sees through the eyes of love and that is more than enough to change the life of anyone.

Check This Out:  Misunderstood: Failing To Understand Correctly

Enough of condemning people’s actions or even justifying them, enough of being Judge and Jury. No need trying to even understand. When you begin to allow God show you the way He sees them, you will see a need rather than a problem.

Oh… I forgot to add, I had to walk through a flood that almost reached my knee. That is one thing I try to avoid as much as possible. I would rather walk on water than walk through it… lol… but there is always a reason He allows somethings happen to us.