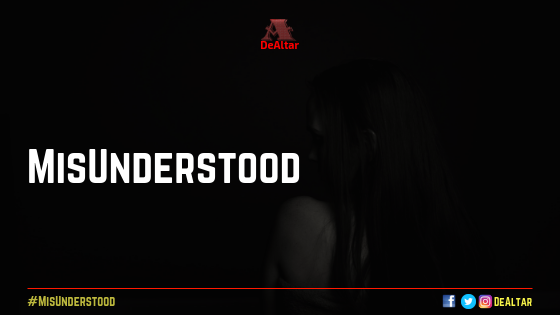 When you speak of being judged, it often comes bad, and that’s just how it is with people..

I reckon that what you see shapes how you think and eventually what you believe, many times it proves right and many other times, you can’t be too sure.

I’d like to refer to the times when weird stuffs happen within the body and scientists term it ‘puberty.’ It is one time that we barely have control, times when things happen faster than we can grasp.

I have reacted out of confused emotions and the “you-did-not-just-do-that” look stares at you from the eyes of others. It is one time that I hoped one matured adult would see me not as a ‘recalcitrant teen’ but a young lass who needed direction.

Check This Out:  Misunderstood: Failing To Understand Correctly

My rash actions were not me turning bad, they were just what I could do at those times. My hyperactivity was not going over the edge, they were the excesses of the overload of warring hormones. My cold attitudes were my defense mechanisms (fortress of ice like in Frozen. lol..) against emotional hurt. Disobedience was me walking a path I thought; right, you saw me bad, and did not bother helping me understand because I really did not. My silly explorations was at the nudge of curiosity – I really wanted to know but the rule-less things were most inviting, you had no idea?

However, I came to myself and God was there amazingly, He has been right there but I was oblivious. He looked at my young heart suffer and not once did He misunderstand my misrepresented appearance and actions.
He raised you well to recognize and help me and as many other MEs, not to judge but its the best professional homely duty of all of us.