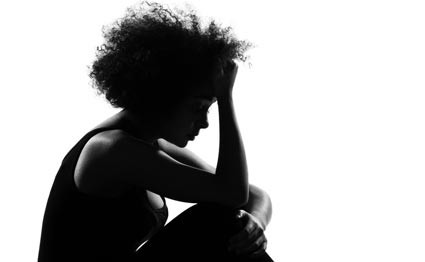 I walked right through that door and blamed myself. Yes. I did. I just wanted to be consumed by the earth there and then. That was how I felt when I got up from that ‘unsuccessful’ interview.

I felt my world crumble.  The interviewer sure did see the discouragement expressed in my face and encouraged me in his own way. But God knows I only felt worse after that. He said “I wasn’t fit for the job”. I didn’t want to make it right, I didn’t think of any other thing except to blame myself all the way. I began seeing a worthless side that the devil had craved for me to see and feel. I managed to walk out of the company and boarded a bus back home, then I settled for a cold bottle of Pepsi with the last #100 I had on me.

Check This Out:  Not Indispensable But Relevant

Now, believe me when I say it could have been worse than that if I hadn’t told the devil off.

My thoughts were starting to wander. My Spirit was down and that is simply because I let it be.

The devil isn’t just happy that we are ignorant of our abilities. The devil gets joyous when he realises that we now blame ourselves. Blaming others is bad, but blaming yourself, all by yourself?

That’s terrible! It is so terrible that it requires only you to build back up. At the point where I got home in lost thoughts was when I realised that I was already crumbling something gigantic which I didn’t want to destroy totally. So, I stopped and started filling my thoughts with the opposite.

Check This Out:  Who Are You Aligned With? By Shiloh Akinyemi

I made claims. Yes I did. You know what a claim is? “It is a new statement of something you believe to be truth usually when the statement has yet to be verified or without valid evidence provided”. That’s how my dictionary defines it.

We shouldn’t allow situations to determine every of our steps and phases forgetting that our situations don’t control us. We control our situations. If we could just leave the blames and make some claims. Say something fresh and edifying to our Spirits, then our world would be a better place. I might not have some experience in a particular job, but that wouldn’t cause for self-pity anymore. I’d look for an escape route from the devil by first saying “I can do it”, make series of attempts, make any necessary sacrifice and get to the game. How cool that sounds!

Check This Out:  The Building Heart By Seed Of Greatness

Make sure you do same this week!