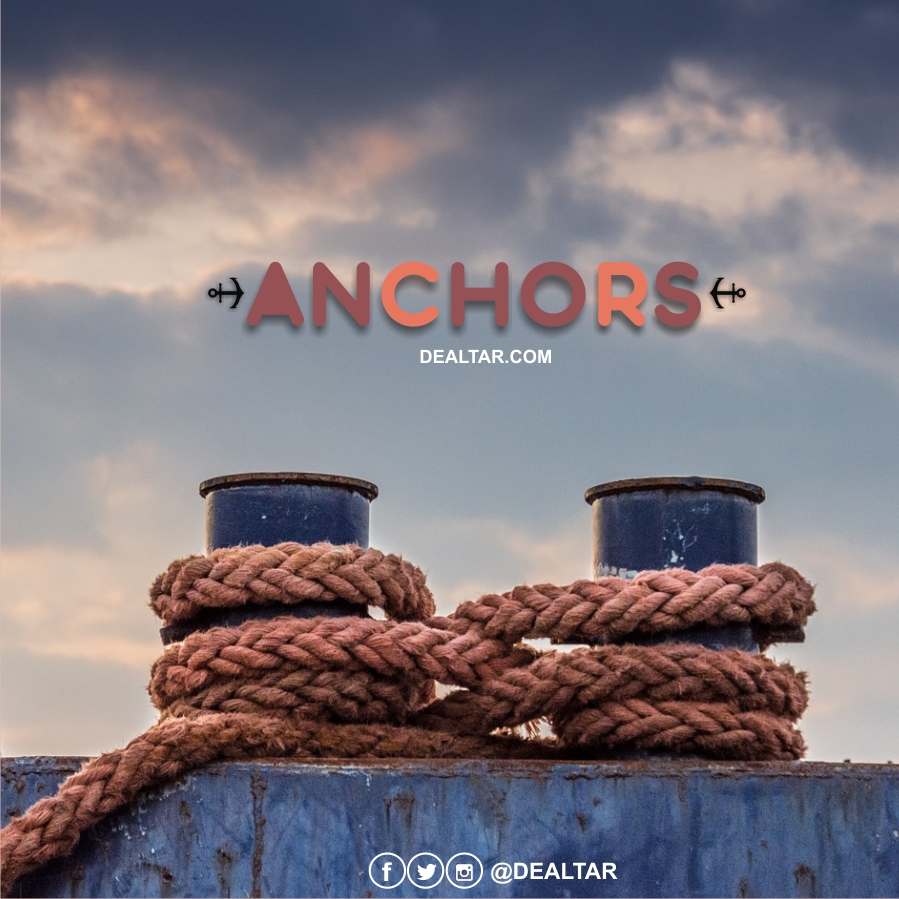 An anchor is a device, normally made of metal, used to connect a vessel to the bed of a body of water to prevent the craft from drifting due to wind or current…


So dear sea, I have an anchor,
I know no matter how strong the tides are,
No matter how violent the waves get,
No matter how dark the skies are,
No matter how raging the storm gets,
I have an anchor,
A strong anchor,
A reliable anchor,
I have an anchor,
An anchor deeply rooted in a never-ending love,
I have an anchor,
I have hope,
And this hope is an anchor for my soul,
I put my trust in my anchor.
One of the most beautiful analogies I believe does a good job describing my relationship with Christ is that of an anchor and a ship. It’s one that screams alignment and dependency. So I’m the ship and my Anchor is Christ, he doesn’t tie me down, restricting my every movement, no, I have my free will to make my own choices, but every wise captain knows to put the anchor into consideration while making choices about sailing. Sometimes some destinations seem very enticing and but if going would loosen me from my anchor then I’m not going, it’s as simple as that. Unlike any man-made invention however, my anchor is unbreakable! No storm no matter how violent can shake it, nothing whatsoever could separate me from his amazing love. So even when it gets super hard (nah, I’m not exempt from troubles), I’m rest assured I’m secured with my anchor, I’m at peace knowing my connection would never be broken by his grace. In addition,my anchor is way stronger than however big my ship may look like. With a lot going on, it would sometimes appear like my ship is just too big for me to put my trust in the old rugged anchor but that’s just false, no matter how big this ship seems to get, my anchor is aware and capable so in him I put my trust.
Where do you put your trust?