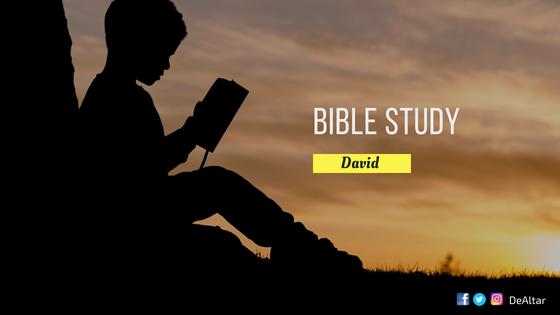 Hey guys, welcome to the first part of our study series on David! I do hope hope you are as excited as we are about studying this great patriarch. Our theme for this month is, Be The Difference, and we believe that the story of David is a perfect model for every young person whose desire is to make a difference by being the difference.

First of all, we will be introduced to the man David, with an emphasis on The Process.

We celebrate King David, a man after God’s heart, the man that slew Goliath, the warrior who won the most battles in Israel. His resume is quite interesting, perhaps intimidating but encouraging at the same time and there is so much we can learn even just from his teenage years. (You can take a few minutes to talk to God before going further, ask God to help you see what He wants you to see through His Word. Amen.)

The account of David starts from 1 Samuel 16; but his story starts even before then, and references will be made to two important people that feature in David’s story.

Check This Out:  Do Good

Ruth: The book of Ruth

Rahab was an harlot who helped the spies from Israel escape from their enemies, while Ruth decided to stick with her mother in law even when her husband was dead and there seemed to be no logical reason for her to do so.

It is therefore, really fascinating that despite their qualifications, they were the only women mentioned in the genealogy of David, and Christ Himself. (Ruth was the great grandmother to David, while Rehab was his great great grand mother. Matthew 1)

To the ordinary man, it seems out of place for such people to be a part of such a great genealogy, but God always has a plan and everyone has a role to play in His plan.

These young women placed themselves in positions of availability to be a part of God’s plan and He used them.  It might have seemed a minor role or contribution, but that little contribution would have a generational effect beyond anyone’s imaginations.

It is beyond who we are or what we might have done but about Who God has ordained us to be.

“Before I formed you in the womb I knew you [and approved of you as My chosen instrument], And before you were born I consecrated you [to Myself as My own]; I have appointed you as a prophet to the nations.”

We need to realize and understand that we are part of a bigger plan, a much larger agenda.

These two gentiles produced the man that would save an entire nation from a terrorist (David). These two foreigners contributed to the salvation of a nation they were not supposed to be a part of.

In conclusion, let us now take a look at the actual character we will be studying this month, David. David understood the process of being before becoming.

Check This Out:  The Difference - Me

What are you busy “being” while you wait to “become”?

Being is the process that is taking place right now, while “become” is your goal, where you want to be within a period of time.

A lot of us are so interested in our be-coming, which we don’t have total control over; without first be-ing, which happens from right now.

So, while you are anticipating and dreaming about becoming whatever you have in mind, what are you be-ing right now? You can be right now what you want to become in 10 years.

See you in the next part of this series.