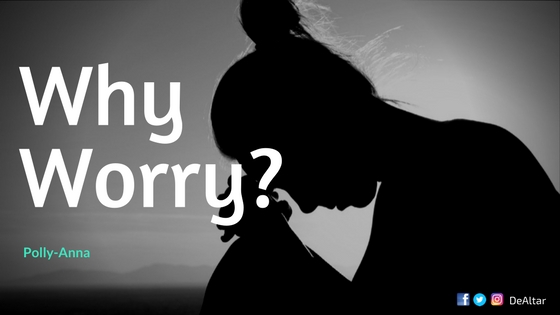 NIV version says “a hope and a future” and KJV says “an expected end”.  The above verse has helped me in a lot of ways and I would like to share one or two of them.

There was a time in my life when nothing was going my way, my efforts were wasted over and over again in things my friends did with little or no effort. There was no word of encouragement from anyone, and those that offered only shared their own problems. Then I came close to losing it, I cried myself to sleep most nights, I was frustrated, felt like a failure and almost gave up on my only hope, GOD. But then, thank God I was graced; I discovered worry and self-doubt would take me nowhere since I had a hope and a bright future. The trying times eventually passed and when I look back on it, I found out I wasted more effort worrying than even working towards my goal.

Check This Out:  Useful Waste

Another issue occurred when my friends were discussing an issue we had on ground concerning our school. One of them noticed I wasn’t contributing in their small talk and said I wasn’t even bothered. I was, but just a little because I knew what worry could cause. There was no need for a prolonged talk that wouldn’t bring any positive effect, all we would do is complain bitterly, raise our voices, and arouse our anger on an issue we had no means of solving through the talk. Moreover I knew God’s promises for me and didn’t feel a need to stress an overly stressed point.

Why worry, when you have God? Why worry when you have his word and promises? Why get yourself worked up over nothing!  Problems are like storms at sea, they will never last. We either ride through them or they become calm eventually. I watched a video recently where a man painted different scenarios that ended up in the same point. Here it is;

Worry is a waste of time and effort. It only brings frustration which leads to fear and which eventually brings failure. In a situation where you know what to do or you don’t, worry should not be an option. It would only rub one of reasoning which helps in finding the way out. Have you tried solving a math question, and first you are getting it, then it becomes complicated and then you make a mistake, you panic, cancel out everything you’ve done, start again and still get stuck, then you take it to someone who asks you to relax, shows you your mistake, solves it at a go and then you hiss cause you realize it was actually a very simple question?

Check This Out:  Empty By Victoria

Well our troubles are like the math problem which can be easily solved but worry blinds the eye from the solution, and the person we give the question to is like God. He said before we were formed He knew us and He is with us always even to the end of the world, so why should we worry when He can lead us through the right path and solve the problem.

Why worry, when you can pray?