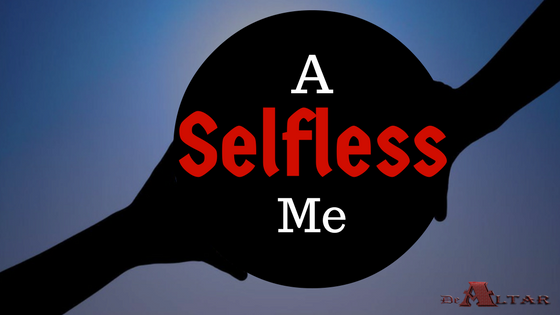 Living in a selfish world where masses are in crisis, where we have corrupt leaders with their vices leaving the provinces void and untidy like a child on his butt having faeces.

The rich living in a house built of glasses while the poor feed on grasses, living under bridges cause they have no place to call home. All of their hopes shattered into pieces.

A selfish world where a lot of girls are being abused by men whose selfish interest have made these girls lose their virginity and dignity.

A world where groups of people are being kidnapped by terrorists demanding for money with no regard whatsoever for the victims or their families. If such funds are not raised within the stipulated time, the victims risk being killed and dumped like animals with no families.

Check This Out:  I Choose Love Over Me

Selfishness not even only limited to the 21st century; it has been since the beginning of time even the first men born of a woman; Cain and Abel. They were instructed by God to make sacrifices. However, God rejected the sacrifice of Cain and accepted that of Abel.

Out of selfishness, jealousy and hatred, murdered His own brother “Abel”. What exactly was he thinking?

God then asked Cain where his brother was and his reply showed full blown selfishness; “Am I my brother’s keeper?” He probably never really cared for his brother.

A selfish world it is.

Likewise a religious person may claim to love God but if, out of selfishness, he does not love his brother, he, in reality does not love God.

What then is SELFLESSNESS?

The best I’d say is that which Jesus said which says “Loving your neighbour as yourself”.

But really, does selflessness mean only putting other people first?   No! It is first of all, putting God first, because more of God; more of us.

A selfless attitude was illustrated in the parable of the Good Samaritan in the Bible. The story of a man from Samaria who saw someone who had just been robbed and left for dead even by religious leaders.

This Samaritan had compassion on this man who had just been stripped, beaten and left for dead and immediately, the Samaritan put his own plans on hold and tended to the man’s wounds. Not only did he give selflessly his time and sympathy, He also selflessly gave what he had (placed the wounded man on His own animal taking him to an inn).

Being selfless doesn’t mean that after rendering help, you should expect a something in return from the other party.

Just like Job in the Bible who said He will serve God even if he gets nothing from Him in this life and even if there is no future reward either and even if God treats Him unfairly.

Check This Out:  The Survivors; Arewa Evelyn Damilola Talabi (3)

Even when chaos befell him, he still continued to serve God because he loved Him. This is SELFLESSNESS.

If we have a world full of selfless people, we would be able to look for those that have lost something or are lost themselves. Regardless of the bad they may have caused in times past.

A perfect example is our Lord and Savior, Jesus Christ who was not  forced to lay down His life even face the cruelest way to die just for an undeserving mankind.

He died just for you, so why don’t you give your life to Him right now, let Him take your pain and replace it with the Joy and Peace that He gives.