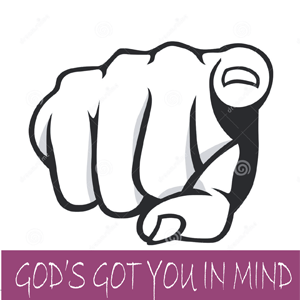 I know what I’m doing. I have it all planned out–plans to take care of you, not abandon you, plans to give you the future you hope for.

Would you believe it if I told you that God created this world with YOU in mind? How would you feel if I told you that He was thinking of YOU while forming and creating the universe? Unbelievable right? Well, it’s true. Each day, God created something and each of those creations were fashioned after what He wanted and desired for you.

Let’s look at it this way: After creating the light, He said, “Good”; He created the firmament and said, “Good”; He created the dry ground, the trees, the sun, the moon, the animals and after each of them, He said, “good”. I believe He was not just saying that they were good, He was also saying that they were good for what He had in mind which was YOU.

Then something amazing happened on the sixth day; He created man and said, “Very Good”. In other words, He was saying, “Bingo!!!”, “Jackpot!!!”, “Yes!!!” It was just what He had in mind all along; a perfect picture of what He had been planning in His mind brought to the physical realm for all to see. A perfect end to a perfect plan conceived by a perfect God. To show that He created every other thing before man for him, He placed man at the center of all He created, to be in charge and take care of them as their overseer.

“We are assured and know that (God being a partner in their labour) all things work together and are (fitting into a plan) for good to and for those who love God and are called according to (His) design and purpose”. Apostle Paul.

Start to think of everything that seems to happen around you as happening FOR you and not happening to you; only then will you understand what the writer of the book of Hebrews meant when he said; “Keep your eyes on Jesus, who both began and finished this race we’re in. Study how he did it. Because he never lost sight of where he was headed–that exhilarating finish in and with God–he could put up with anything along the way: cross, shame, whatever. And now he’s there, in the place of honor, right alongside God”. It was like He knew that all that was happening were happening for Him and not to Him. He knew what had to be done before He would be glorified. So He endured the beatings, the piercings, ignored the mockeries, the shame of being killed like a thief when He did nothing wrong, forgave the assault and betrayal by those He came to save. All these was just for what the Father had in mind for Him.

So never you forget this; in spite of your pains and sufferings, God has got YOU in mind. Repeat these words and stir up Faith within you because it’s true; GOD’S GOT YOU IN MIND.