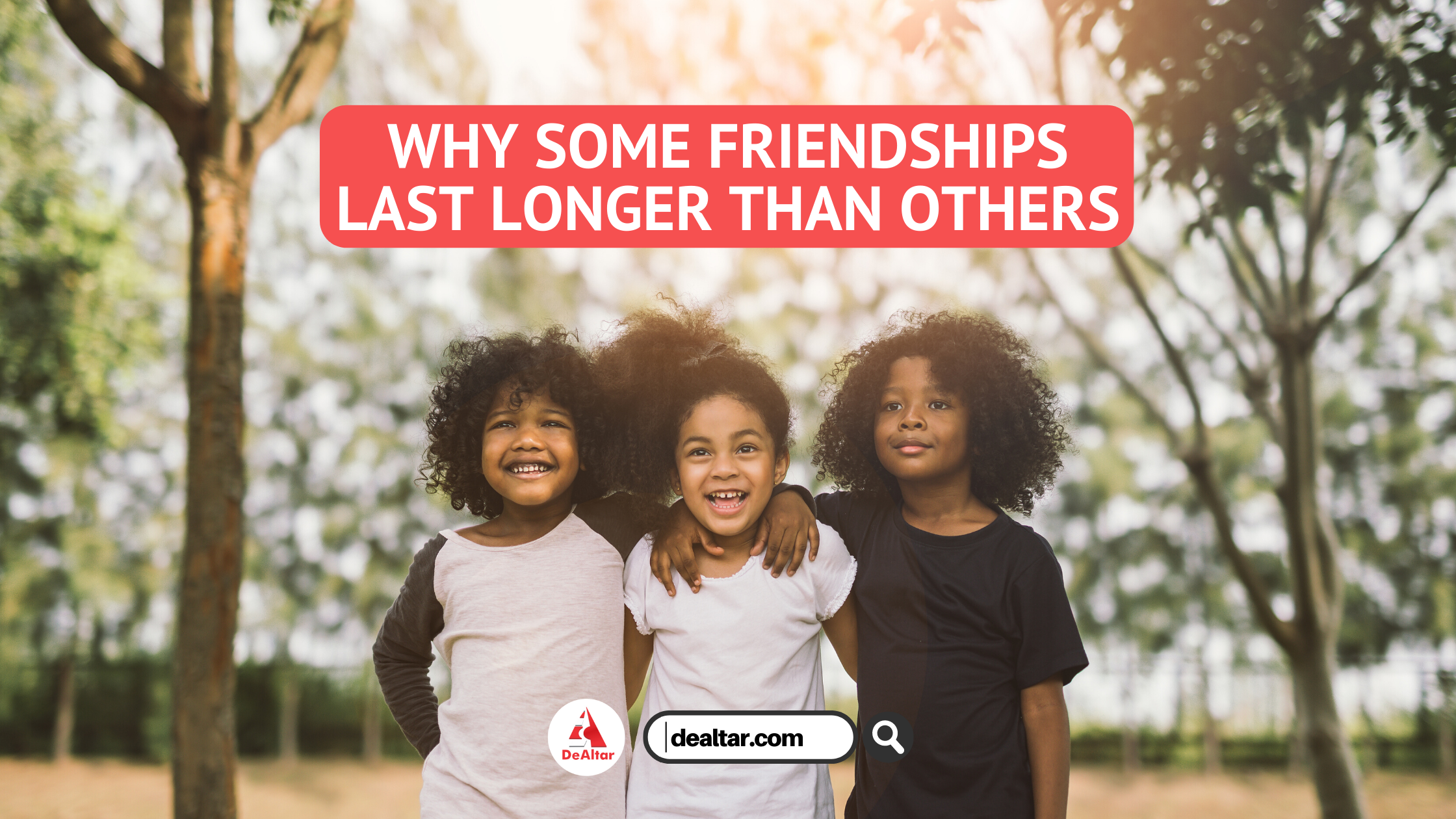 Mary and Jane have been best friends since secondary school. Most people actually thought they were sisters because you could hardly find one without the other right there or at least close by. They had a bond that was literally impenetrable. They would be best friends forever, or so we thought.

After secondary school, they gained admission to different universities in different regions of the country. Certainly, no distance could break this amazing friendship bond. The universe itself bonded these two together, so nothing could separate them.

4 years later, Mary and Jane met at a mutual friend’s wedding. It was an emotional reunion, but something felt different. Mary came with her boyfriend and spent most of the day with him, while Jane seemed to be in the company of some new friends, doing what we would expect her to do with Mary. Both ladies actually looked happy, but not together. What happened between both of them?

A study carried out by an American University shows that only 1% of friendships which start within the ages of 12 and 13 last beyond high school. Based on this, we could conclude that most friendships do not last forever.

Remember the guys you played football together back in secondary school? Or the ladies you used to gist with after school back then? Chances are that you have not heard from most of them in years, perhaps all of them.

This is not an attempt to water down the importance of childhood friendships or any form of friendship for that matter. Despite the temporary nature of friendships, each friendship you make can create a long-lasting experience to your life. However, it is important to understand that most friendships would not last forever, and it would be unhealthy to hold on to a friendship just because you want it to last.

There are three forms of friendship:

Check This Out:  Intentional Friendship

Note: The lifetime of friendships are mostly determined by circumstances, not personal preferences. Understanding this will help you not to be offended with people you thought you would remain friends with. Sometimes, it is not directly their fault.

So, here are a couple of reasons why some friendships last longer than others;

You must have observed that most friendships are born out of things which happen. For example, being faced with a very difficult course makes you meet someone you have not spoken to in school before, and during your time learning together, you grow fond of each other and become very close. Something specific has to bring people together before they can actually become friends. However, for many friendships, once the purpose for that time has been achieved, there is little or nothing left that binds them together. This is what mostly happens in short-term friendships. They are born out of projects, group meetings, group assignments, etc. When the purpose of them coming together has been achieved, most times, each individual moves on. However, some remain and last longer if they are able to find something much deeper asides what brought them together. We can therefore say that many friendships start and end on the wings of reason. Once there is no more reason to continue, each person moves on. Again, it is not exactly anyone’s fault.

Check This Out:  How to Build Real and Quality Friendships on Social Media

Change is the most constant thing in life and is one of the most common reasons why friendships do not last. As human beings we evolve, our lifestyles evolve, the things we used to like as kids, we don’t like them so much anymore, the types of people we used to enjoy hanging out with, we don’t fancy them anymore. This is perhaps the most hurtful reason, and one of the major reasons some of us hold grudges over our past friends. But we need to accept that no one changes on their own accord. The changing circumstances surrounding them forces most people to change. God knows I would like to go back to being 7 when I could get away with almost anything, my parents would give me almost anything I want as long as they could afford it, all I could think of was playing games, eating, sleeping and playing football with friends. But hey, I am not 7 anymore, I have to think about responsibilities, my future, work, why I am on earth, etc. This means letting go of my lifestyle when I was 7. It is called growth, and no two people grow at the same pace. Your growth/changes will bring you in contact with new people who would influence your taste, philosophy, perspective and lifestyle. This is usually why a lot of friends drift apart. The pace of growth is not the only difference, the direction of the growth is another very big difference. We all are growing at different paces and in different directions.

Remember when I said that the lifetime of most friendships is determined by circumstances and not personal preferences? Well, this is where my use of words bail me out. Lol. This is because this particular reason is mostly the responsibility of the individuals involved in the friendship. Of course, it can also be influenced by surrounding circumstances, but it is mostly a decision by those involved. Investment in time, words, actions, resources go a long way to increasing the lifetime of any friendship.

Important Warning: Investment needs to be both ways in order for the friendship not to be toxic. If it is only one way, you are only sitting on a time bomb that would hurt you really bad.

This is a form of investment. Most friendships are formed by regular and communication. This is why a project can produce best friends. The project affords them time to communicate regularly for a period of time. And in that period of time, bonds are formed. Therefore, when communication is broken, friendship is affected. This is why most long-distance relationships do not last. As much as social media has bridged the gap when it comes to communication, it still requires some effort. Following him or her on Instagram and liking their posts seems a lot easier to do, but they are not enough to keep a close friendship alive compared to sending a DM, or doing a voice call. Every friendship is founded on communication. Once that is faulty, it is only a matter of time before it comes crashing.

Check This Out:  Jesus, The Model Leader (Bible Study)

Just like changes, expectations are also formed from our experiences and surrounding circumstances. Expectation, however, is the biggest enemy of any friendship. It usually tries to make the other individual(s) behave in a certain way or pattern that might be foreign to him or her. Many of us are guilty of this. We expect so much from people, without understanding that we are very different from each other. We were taught that “birds with a feather flock together”, meaning similar people would naturally move together. However, physics also shows us that opposite sides attract. Both concepts are very correct. We are attracted to people who share our ideologies but respond to those ideologies in ways we are not familiar with. This is what makes friendships complementary. Stop trying to mould your friend in your image. God already did that, and it was in His image. Allow free expression so that your friend can also enjoy the friendship.

In conclusion, every friendship has its time and serves a specific purpose. Beyond its time and purpose, you are only getting yourself into a toxic and hurtful friendship. Don’t force it to go longer than it is supposed to last. Your friends are a reflection of who you are and what you need at different stages of your life.

Let us know your thoughts in the comments section.