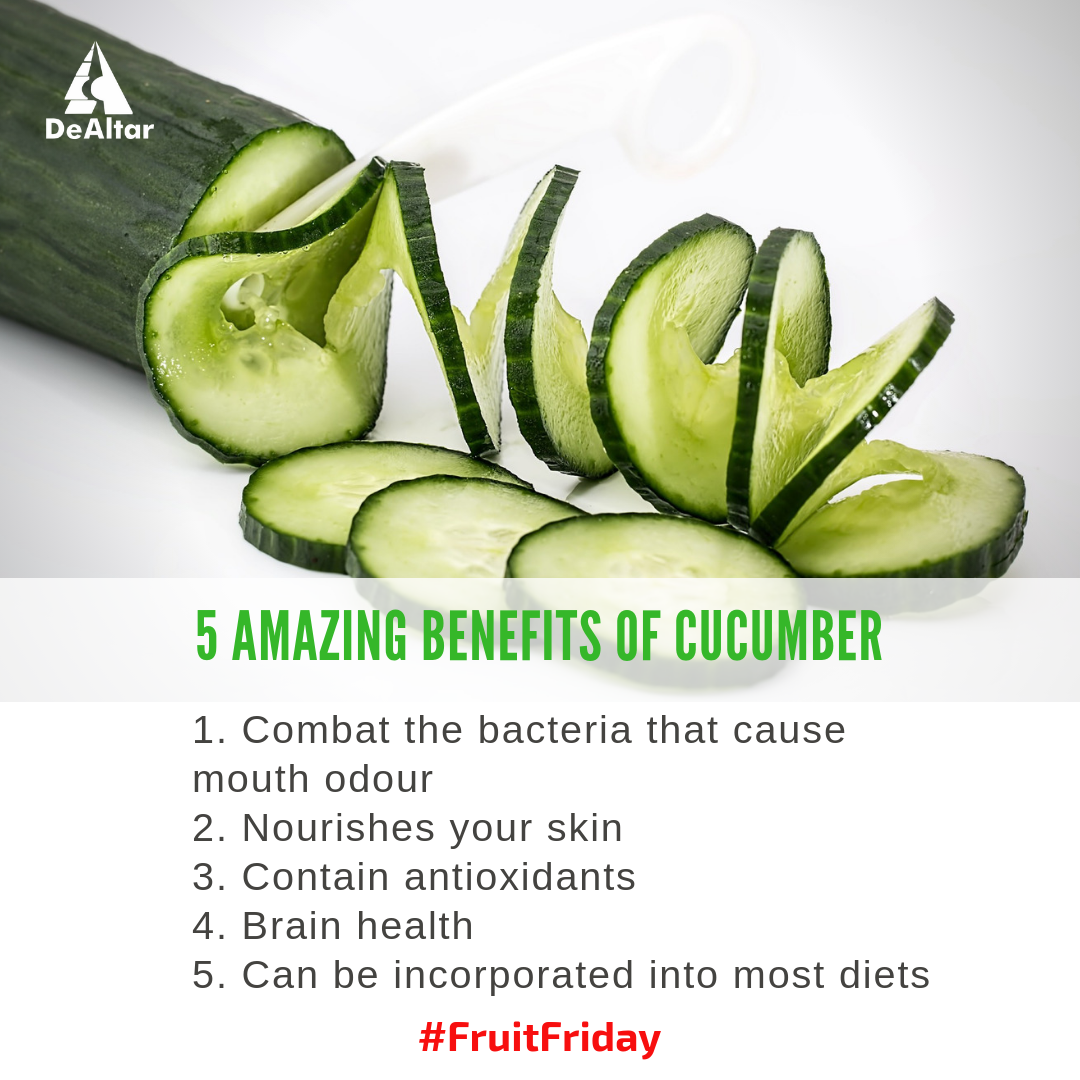 While some people classify cucumbers as vegetables, cucumbers are proven fruits which contain seeds and are grown from the ovaries of flowering plants. Cucumbers are cool fruits which are highly nutritious, containing vitamins A, B, C, K, Manganese, Copper, and Potassium.

A study shows that the peels of the fruit are the most nutrient-packed part which is high in fibre content and an antioxidant called beta carotene which helps with immunity and are good for the skin and eye. Cucumber seeds are also rich sources of minerals.

Nigeria’s hot weather often leaves us exhausted and dehydrated this makes cucumbers great recommendations to combat this condition, keeping us hydrated and blessing our health with its high water composition of about 94% and it’s other excellent and enriching components. Cucumbers provide the body with essential nutrients and amazing health benefits among which 5 of them are;

Check This Out:  5 Foods That Boost Memory

1. Cucumbers combat the bacterias which cause mouth odour.

The bacterias which cause mouth odour are primarily caused by the heat from the stomach and the coolness of the fruit which is caused by its high water content relieves this heat thereby defying the effect of a mouth odour. Cucumbers also reduce the risk of oral complications. As the popular saying goes- “A slice of cucumber ride the odour.”

2. Looking for a home remedy to nourish your skin? Cucumbers are just perfect!

The natural mask of the hydrated fruit will keep the face from irritation, dryness, and acne, leaving you with soothing relief. It treats sunburn, relieves eye puffiness when a slice is placed over the eyes and overall gives a radiating complexion. It also helps eliminate dryness in the scalp.

Check This Out:  5 Healthy Benefits of Avocado

Antioxidants are fighters of damaging cells such as cancer and their anti-inflammatory properties boost the immune system.

Cucumbers contain antioxidants such as flavonoids, Manganese, beta carotene and lignans all of which effectively boost the immune system, combats cancerous cells and lives the body system super healthy.

Cucumbers contain fisetin. Fisetin is an anti-inflammatory flavanol that has captured the attention of scientists particularly because of its attributes of protecting nerve cells, improving memory. All of these attributes attest to the cogent and essential benefits of a brain and memory health.

5. The versatility of cucumbers makes them appealing.

They can easily be incorporated into most diets, such as salad, yogurt, vegetable drinks and a lot more. The soluble carbs in them aid slow digestion and cause fast weight loss.

Overall, cucumbers are highly nutritious and they provide amazing benefits which make a healthy living achievable and they can be easily incorporated into any meal which makes it rather appealing.

I recommend cucumbers to be on your grocery list from now on. Eat healthy, Live healthy!!! Cheers to healthy living!!!