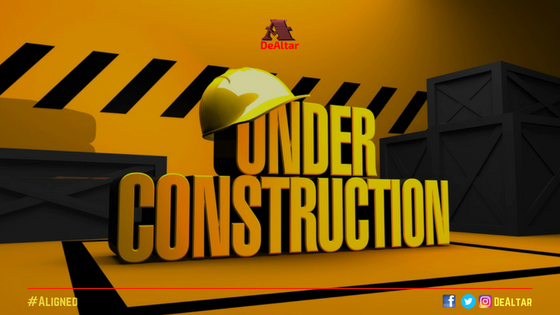 I created a mental picture of bricklayers trying to erect a building with some lackadaisical attitude. It was quite tempting and looked like the kind of attitude I would have loved to settle for when I knew little to nothing.

While at the “ignorance stage”, I would say to myself, “The world has offered me nothing, so, I’ve got nothing to offer the world”.

Getting to the finishing of the building, I zoomed into the minds of the bricklayers. Some had words like, “we tried jare” imprinted on their hearts. Some even enunciated that it is the best anyone could do considering the circumstances.

Check This Out:  I Blamed Myself By Seed Of Greatness

Ever found yourself in such situation? I don’t mean just as a bricklayer, but as someone who embarks on a project only to achieve a regular result like that of these bricklayers due to our perceptions.

Now, I must say that you, having it at heart to do something initially is a bold one. But! Where is your drive? The picture in your head is just a quarter of the puzzle. Where is the remaining three-quater? Common, think! Where are those positive words you need to say to keep yourself going? It’s high time we gave our buildings some serious taste. It’s high time we saw from the angle of the extraordinary.

Check This Out:  Love Offering By Victoria

Jeff Keller, the author of “Attitude is Everything” pointed out that fact that we have power over what we think and picture. The mind of greatness isn’t deceitful. Only the devil is.

Now, let’s get a picture of a perfect building completion with the necessary features and some exquisite designs.

Let us briefly involve the bricklayers and other building construction team members. What do you see from the facial expressions alone?

I saw a satisfied look. A look of good taste and excellence as achievements.Did they sacrifice anything? Of course they did. They sacrificed their time, sleepless nights, their strength. They gave their all, and most importantly, they thought aright. Yes they did. Their hearts were built first before the house was. Negativity builds nothing, but can destroy everything. I trust this week’s gonna be great for someone. Make that person you!

Check This Out:  Not Indispensable But Relevant