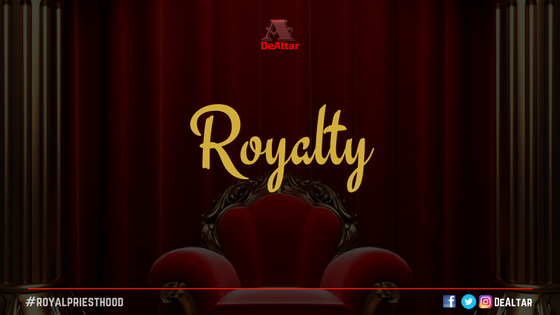 The royal children of Queen Elizabeth Alexandra Mary II and Prince Philip, Duke of Edinburgh will grow up knowing they are important, Royal, that they have authority and their words matter. They would be taught how to treat people and how to walk in royalty and be expected to do great things.

But our way of life coupled with luck in this part of the world and this part of the black race didn’t give all of us that same kind of advantage as children. So some of us have grown up feeling rejected, cast aside, unlucky, second best, making us see ourselves in a way we aren’t through eyes of betrayal, hurt and even cursed which in turn made us constantly strive for approval and perfection by all means.

But little did we know that we actually have all the same influence, power and authority that Queen Elizabeth II, the Duke of Edinburgh and their children do and even far more.

The moment you don’t know the purpose of an object, abuse of that object is inevitable.

There is power and a whole new way of living as a Christian and as a child of God. Before I came to understand my place in the kingdom, I’ve always thought Christianity was all about going to church, paying offering, living a good life, doing the right thing and praying, but there is a whole lot to it than that.

Check This Out:  Hey You,

I have said, ye are gods and all of you are the children of the most high

I didn’t really understand this scripture until I saw this:

And he hath made us kings and priest unto God and his father; to Him be glory and dominion for ever. Amen

We are the lesser version of God here on earth, with all the power, might, authority and Majesty which is ours by birth right. So you see Christianity isn’t just a name, its our title from whence our royalty comes from, because through christ, we have been translated from darkness to light, from slavery to royalty. The blood of the son of God flows through us and now we have the same DNA as God. Now tell me how we aren’t gods.

Check This Out:  Who are you?

Behold, I give unto you power to tread on serpents and scorpions, and over all the power of the enemy: and nothing shall by any means hurt you.

No weapon that is formed against thee shall prosper; and every tongue that shall rise against thee in judgment thou shalt condemn.

From henceforth let no man trouble me: for I bear in my body the marks of the Lord Jesus ( the mark of Royalty).

But many still don’t understand their place in the kingdom and are not really living in God’s plan for their lives. Like a Yoruba Adage goes : “ignorance is what makes a meat owner eat bones and a person who possesses clothes wear rags.”

Check This Out:  Every King and Queen has One Thing in Common

We have Christians struggling financially, mentally, academically, maritally, health wise and are tormented by the devil because they are yet to find their place in the kingdom, they are yet to see themselves the way God sees them.

When purpose is unknown, abuse is inevitable….

It’s time we started walking in the reality of who we really are and not as paupers, losers, second best and scums as we once saw ourselves but as God sees us according to 1 Peter 2:9,

a chosen generation, a Royal priesthood, a holy nation, a peculiar people called out of darkness into His marvelous light.

So wherever you are, wherever you go, always have it in mind that you are a child of a King, and all things must work for your good, for you are more than a prince, you are a god and you are never alone.