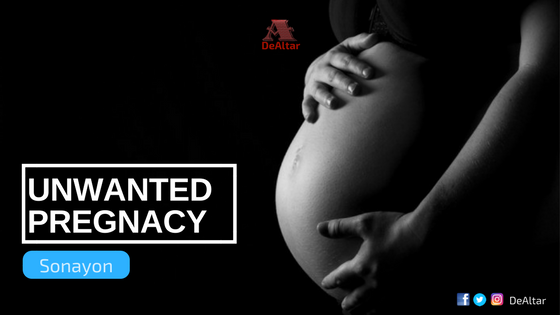 A child is a precious gift from God, so what happens when the gifting was not planned for, I mean when pregnancy was not in the books at all, what then?

How does one move from that? What’s the next point of action?

Unwanted pregnancies have always been a source of concern, but in the 21st century it seems more prevalent, you can hardly walk on the streets without seeing a young lady with a bulging stomach and wonder, how did you get here?

I visited an hospital late last year, a maternity hospital and saw a girl, that’s really how I can describe her, she had a small stature, but you could tell from her face that she was very young, she had just delivered a baby, not sure what sex, but that’s inconsequential, this young girl was a mother, just like many before her, she became saddled with the responsibility of caring for a child way before she was ready.

But I commend this young girl, despite her utter lack of preparation and funds, she had the baby, she carried to term and delivered safely, sadly, not many do this, and for this I say she is brave.

This is the hope we have in Christ, He is with us every step of the way, call to him.