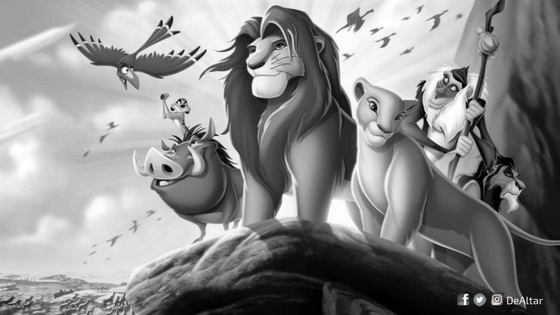 So I just watched lion king again and sharing just one if the things I learnt.

Remember Timo and Puma? The friends Simba made in jungle? (Yeah, those two, just the pair I know) So remember when he met them and was depressed about his father’s (Mufasa) death?  They helped him feel better and not worry about the past because he couldn’t change it (hakuna matata). Then Nala (childhood friend) came along, told him how his home had become and tried to knock some sense into him. Truth was he couldn’t change the past whether he was responsible for it or not – of which he wasn’t – but he could still do something about the present and create a better future instead of eating slugs around with Timo and Pumba.*winks*

Check This Out:  The Veil By Shiloh Akinyemi

It wasn’t their fault Simba was out in the jungle eating slugs like them and not in his kingdom being the king he was born to be, it was Simba who forgot who he was; it was Simba who was too ashamed of the past to actually move on, it was he who chose to live less than who he was meant to be, before he came back to out senses.

The past could be anything you want it to be, a terrible force holding you down or a strong motivation pushing you forward, regardless of what you may think, the choice still remains yours. It doesn’t matter what people think of you (initially anyway), what matters is what you think of yourself, what matters is what you carry inside of you, that’s who you really are. So it doesn’t matter how sad, horrible or embarrassing a past was, it’s the strength to keep moving on unashamed that matters and you’ve got to work on channeling that strength out. Of course, everybody makes mistakes but those mistakes become regrets only if we refuse to learn from them. Choose to live unashamed especially considering the fact that Christ already paid the price for our past.

Check This Out:  Stop By Eddy Ben Ben