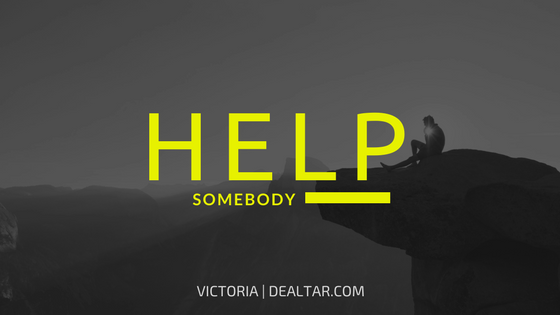 Waiting all her life just to see the years pass and pass on out of this horrible phase called life. As it was, Jane was a great dreamer. She had wanted to be at the centre stage affecting every life and receiving honours that came along. The future was the brightest thing and her merry little heart longed and worked.

It had all started to fade when her father lost his job and gave in fully to frustration. One of those days, he had yelled “you bastard together with that witch you have as a mother have brought me bad luck” his hateful words sifted the bitter truth to light. He wasn’t her father afterall and it took losing his job to have his ‘precious’ daughter as a bastard and his lovely wife a witch.

He would drink anything drinkable and totally lose himself, panel beating her mother whenever she challenged him. But a good wife that wanted the best for her husband, she never relented and… the beating rolled.

Check This Out:  The Priceless Gift

That fateful day, Jane’s stepfather was looking quite himself, her mother feeling it was alright to talk at the time approached him, holding on to his hand lovingly but his outrageous outburst sent her flying, landing with her head on the doorpost. The rest was awful history.
Jane became a shadow at home, facing her stepfather was to her, a nightmare, one that she dreaded. Well, he never cared. To hell with her! And her life wasn’t short of hell. At this time, Jane was done with secondary school, old enough to fend for herself. Life had a meaning now, Sorrow….

Everyone was out to exploit. Using her tirelessly, refusing to pay her or paying less. Terrified by her stepfather, Jane eventually left home to seek life in greener pastures, if there was any of such

Check This Out:  Love is spelt G-O-D

Greedy older men were too quick to see Jane’s beautiful self, one that she had never really noticed. Taking it all into her head, she fell terribly and there was no hesitation on their path to take advantage.

Losing whatever grip was left of her dream. Not a chance to further her education, not even her dream of becoming a mother. She had vowed never to get married, never to bring a child into this evil world. Away with all her dreams!
Sadly, there are many Janes in our today. Great dreamers once upon a time, victims of disappointments, suffered traumas, used, abused…

It’s time we help them see that they are alive for so much more. Despite all, it shouldn’t be mistaken that the mere fact that we are alive is so much more a chance to sit down or maybe stand up to make something out of our lives. We have had experiences at one time or the other that left us broken, out of place but now we are altogether better because we have found found hope, hope that in spite of all, the future holds an awesome glory that will supersede the bitter experiences.

Check This Out:  A Long Way From Here By Victoria

So now, we’ve got to help someone see how much more they are alive for
Today, let’s start with the ones around us. The little ones who have lost sight of their vision, growing ones who have passed by opportunities in frustration, the broken ones, ones who have given up, the ones who are walking out, ones that are trapped without a reason of existence, ones who are almost falling over…..