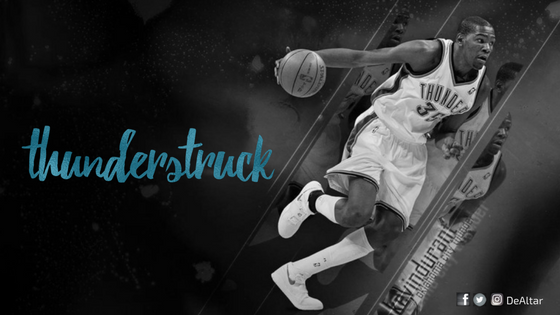 Sometime ago, I saw this movie, Thunderstruck and it was kinda weird and funny that someone would come up with something so unrealistic and illogical. I didn’t really like it then, though interesting, the story kinda put me off. But I got to watch this same movie again today. I really felt something push me to watch it, cos I was looking for a particular type of movie. This time however my eyes were opened to some amazing things. And these are based on three characters in the movie. And I would love to share with you.

He was one of the two main acts of the movie. His personality, for a star, awed me. The best player in the league at that time, who thought anything would go wrong? Even as the star man, this dude was cool and calm, not carried away by the frenzy. Even more challenging was when his form went downside. He never gave up or stopped trying. To remain cool in the face of intense criticism and mockery is a feat only a few are capable of. People say that humility is tested when success is achieved, true as that may sound, I feel humility is even more tested when success has been tasted in its full measure and then abruptly taken away. How do you handle that? Being used to being the star man and then becoming a piece of shut to those who once adored you. One statement he made that really caught my attention was when himself and Bryan had tried to get his talents back but failed; he said; I guess I’ll have to start from the beginning then. He was ready to go back to the basics of basketball. When everyone else would have blamed luck, accused the young Bryan who had got his talents, He had every reason to express his frustration on the innocent poor kid but he didn’t mind starting over… Amazing. Fortunately he didn’t have to, but he certainly would have.

Check This Out:  My Love Story

Isn’t it funny how we are often led to the conclusion that pretty ladies are always attracted to most popular or richest guys around? Well, it does seem true most of the time but not all the time. Here is the hottest chick in school who just moved in. Her entry definitely caused a stir and I’m pretty sure guys were trolling over who would get her. Well, it first seemed like the most popular guy in school had her but it was pretty clear that she was not into him. This might just be a movie but I believe it reflects a very important kind of personality which we often feel does not exist in nature. Guess I liked her character because she seemed different from every other girl; simple, not too much paparazzi, valued her guy more than the attention from being the most popular guy’s babe. Funny enough, she did like Brian before he became the superstar overnight.

Check This Out:  Naked

Now this guy is my favorite character. Mehn… It is rare to see supporting acts take their role expertly, doing exactly their job. It is even harder when your main act is a total “failure”. Forgive me, but that head coach could never have made a high school coach in real life. And he was thinking about coaching in NBA? I wonder who must have been deceiving him. However, knowing his Boss’ weakness, Assistant Coach Dan never took advantage of that. My God, that seemed like a clear path to the top but it seemed like he knew a better way. I remember the scene where the head coach was trying to illustrate tactics to his players and by the time he was done, it was a total disaster. But, here came the assistant to the rescue. He always understood the mind of his head coach and relayed them to an always confused team. And here is the best part, when he was finally given the opportunity to do something – give the team talk – he did not disappoint (even though it was from a movie he just watched). He was prepared when his time came. It really was amazing watching this guy, learned a lot from him.

Check This Out:  SWAT THE FLIES, DROWN THEIR NOISE By Polly-Anna

So that’s it about Thunderstruck. Wasn’t my favorite movie but learned a lot from it. Pretty sure you have as well.