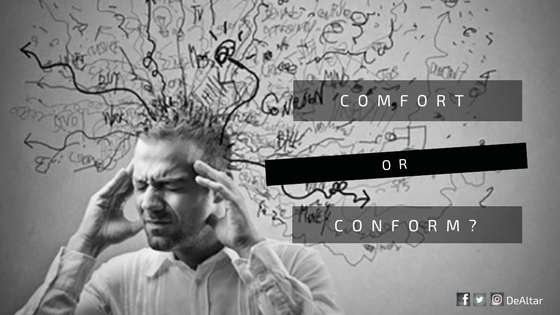 I was going through my Facebook newsfeed when I saw a satirical post by a young lady about someone calling ladies who wear heels harlot. As funny as that sounds, I decided to read the comment because I know things like that usually generate both informed and uninformed expression, at times exaggerated ones sef, then I stumble on this comment and i couldn’t but shake my head;

Pastors and their wahala sha…..

I remember leaving (name of church hidden) because my pastor then said I mustn’t keep beards as a worker, because (the leader) doesn’t, and he doesn’t and top pastors too don’t…”

And I read this comment at least 3 times wondering if there was something I was missing in the text.

He left the church because he was told not to keep his beards! What?! And well, as expected, a number of Facebook, self-appointed judges joined in fanning his flame. I simply shook my head as I read the comments.

What is wrong with some of us? Really. Do we really understand anything about John 3:16; “For God so loved the world, that he gave his only Son*, that whoever believes in him should not perish but have eternal life.” Or Mark 8:34; “And calling the crowd to him with his disciples, he said to them, “ *If anyone would come after me, let him deny himself and take up his cross and follow me.“?

Check This Out:  Where is God in All These

What happened to sacrificing things for God?

Was it easy for God to let His begotten son come to earth to die a gruesome death all to save us even while we were yet sinners?

Now, don’t get me wrong. Keeping of beards or not isn’t the ticket to being a citizen of the kingdom. Infact, I keep a beard myself, so that’s not the point. The point is, if this generation think that they can advance in God’s kingdom by not having to sacrifice anything for the kingdom, then they are joking.

If you were asked to shave your beards in preparation for an international scholarship, will you turn it down? We have turned God’s Church to an anything-goes-affair. If I am not fine with an instruction, I move on to the myriad other assemblies that will indulge me. Really?

Check This Out:  The Industrious Youth - A Powerful Individual. Part 1

What happened to “as many as are led by the spirit of God, they are the sons of God”? Why is our love for beards, makeup, trousers or skirts becoming our leading? Before bouncing of that part of the body of Christ, did you consult Him or you consulted with your selfish desire to keep beards or wear trousers, make up or heels?

Allow me remind you, I am not against these things, but these things have been such unnecessarily controversial in the body of Christ. If the part of the body you belong says don’t, why can’t you for the sake of Love, not, rather than screaming up and down as if wearing is what gave you life in the first place?

Because one part of the body of Christ allows something and one doesn’t doesn’t make one better than the other.

What’s my point? The body of Christ is a combination of different parts with different function, if you are a member of a part but prefer another, talk to God about the moving and let Him lead you. Stop being moved by your desires.

Check This Out:  Zachary Bonner

I recently had to deal with an issue where a young lady was leaving church because she was not given an amount of money she requested, and I am like WHAT?!

I thought “Love seeketh not her own…”? 1 Corinthians 13:5, why are we always seeking what we want rather than what God wants for us even when it goes against the grains of what we want for ourselves.

Ladies and gentlemen of my generation, please stop being babies and step up your game from being cuddled. Our service to God isn’t based on how we are treated or how we aren’t treated in the church, it is based on a deep rooted heart for God and His people.