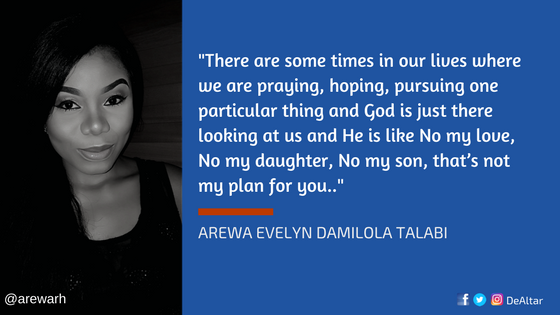 In case you missed the first part of this story, you can read it here. Let’s continue from where we stopped shall we?

Off To The University

In 2006, I graduated from secondary school. It took me three years to get into the University despite not failing UTME. I went through a lot within the frame of three years. Later, I got into the University through Pre-Degree and got into 100 Level. When it was time to begin 200 level, I had issues in school and I had to leave for some reasons. That year was very frustrating for me because everyone was aware that I had gotten into the University and then, all of a sudden, I had to go back home. People would often ask; why are you home when others are in school? Sometimes, I would give excuses, other times I would lie that we were on break but that lie couldn’t work for too long. I got depressed, all my friends were in school and I was just at home getting fat. I had pressure from my parents too and it kept piling up. I started having fears and suicidal thoughts.

Check This Out:  Now I See Me

Now, it’s a crazy thing because everyone will ask why you would want to kill yourself just because of admission. You know, the devil is actually a manipulator. He has a way of painting circumstances in our lives (and I know a lot of people are actually going through this).

We hear about people committing suicide for things that seem not to be worth it. There is actually nothing worth committing suicide for but the devil paints it in a way that makes you feel that you are alone. It is just a bloody lie. He is just someone who is clueless about your destiny, looking for ways to manipulate it.

So, I was depressed but I didn’t know that God had His own plans for me. There are some times in our lives when we are praying, hoping, pursuing one particular thing and God is looking at us and saying “No my love, No my daughter, No my son, that’s not my plan for you.”

Check This Out:  Smile

Perhaps we want it because our friends are there or because it is the next available thing. At that time, my elder sister was in that particular school and my parents actually wanted me to be there so we could be together. But that wasn’t God’s plan, He had a better plan for me. I am certain He knew that I wouldn’t discover purpose there and that I would move with some set of friends who won’t help me grow spiritually. So I was there for over a year before I tried another University and I finally got into Lagos State University.

While in Lagos State University, I had a swift change in my life. A total, swift change; mentally, psychologically, academically, emotionally, and most of all, spiritually. I bless God for that school and the people I met there.

I moved with people who were so very intelligent; we would study like it was a do or die affair. At that time, to be sincere, I was running from fellowship. Simply because, I knew I was going to get into activities again, get committed, become an executive or be given a post and I was running away from that. I just wanted to focus on school and study. I wanted to be a floor member but that wasn’t possible because I know myself, I would always get committed. So, I was not ready for that, I just wanted to study. But God changed the whole story because He knew why He actually sent me there in the first place. My 100 level days, I was on my own, enjoying studies, building my GP, I went for a couple of parties, and all of that. At a time, lecturers, and a cultist, had interest in me and were following me up and down. It was troubling but I give God all the glory because I prayed about it, told some people and we prayed about it and God erased my thought totally from their hearts.

Check This Out:  The Foundation

It does not end here. Wait for the final part.