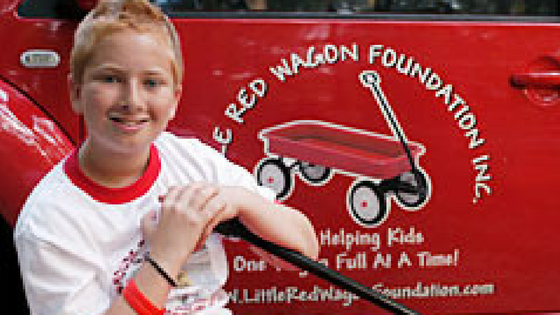 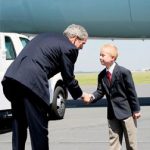 “When the spirit of a child is combined with the knowledge and experience of an adult, great things can be accomplished.”

Recently, I saw the movie Little Red Wagon, which highlighted the life story of a young boy called Zachery Bonner; a young boy with the heart of a full grown man who discovered his purpose at a period where a lot of us have no idea what life is about and his actions intrigued me. This made me eager to share his story here.

Zachary Bonner was born in Searcy, Arkansas on November 17, 1997. He lost his father to a motorcycle accident and grew up with his mother and sister.

Zach started doing community service in 2004 at the age of 7, after Hurricane Charley hit Florida.

In 2005 at the age of 8, he formed the Little Red Wagon Foundation, a nonprofit organization designed to help underprivileged kids with a focus on homeless youths. This selfless service helped thousands and tens of thousands of young people, children and youths get some form of aid, clothes, food and many more. Imagine the number of faces he put smiles on.

In order to raise awareness for the more than 1.3 million homeless kids in the US, he embarked on 4 different walks totaling more than 4,000 miles. All these he did before he was 18 years of age.

Check This Out:  Peace In The Storm {My Experience}

Bonner teamed up with the StandUp For Kids and collected 400 backpacks of supplies, nicknamed “Zachpacks”, for homeless children. The Zachpacks were filled with donated snacks, toys, and toiletries. To date he has distributed thousands of these Zachpacks.

In January 2010, he launched a national campaign to end child homelessness. As keynote speaker at The Children’s Philanthropy Center Annual Youth Symposium in Northern Virginia, he inspired young activists to use their voice to create change. The message, “You Matter! Let Your Voice Be Heard” became the signature anthem for their youth advocacy movement.

The highlight of this amazing story is not just that he was young but that he was a very young man with a vision to change the world no matter what it would cost him. He never stopped believing in himself or in people around him. There were times where there were no resources to carry out the projects he had in mind but he still believed he would get them. Talk about a kid with a Lion’s heart.

Check This Out:  Attractive Astray By Victoria

His mum discouraged him, his sister was at a point bitter towards him but none of that ever stopped him. At a point during his first walk, he was really tired and his mum asked him to get in to the car to continue his journey but he declined saying that was going to be cheating. Note; there was no one with him at that moment; it was very unlikely that anyone would have known if he did get on that car. He raised thousands of dollars with these walks and gave hope to millions of homeless children.

He believed in possibilities even when surrounded by impossibilities. Before he embarked on his first walk, his mum tried discouraging him, telling him how far Tampa, Florida was to Tallahassee, Florida. However, this was not enough to deter this young man.

Zach believes we all have the ability to make a change in this world if we just try.

Purpose is all about meeting some need; it might be someone’s need, a nation’s need, a generation’s need and so on. It might be just that one kid that lives across the street or that old man you see on the street with no food nor shelter. Well, in case you do not know, people are going through a lot. Millions of lives are lost daily not exactly by natural causes but because most of them have stopped living a long time ago. These people are like voices in the wilderness crying for release crying for hope, crying for something or someone to believe in. And you can be that person if you choose to be.

There’s an ancient Chinese proverb: ‘A journey of a thousand miles begins with a single step.’ Most people don’t walk a thousand miles, or 2,500, but what it really means is that we all need to take that first step to get something big done. If I’ve helped even one homeless child, I hope I’ve accomplished that.

The only way to realize your true purpose is through Jesus, surrender your life to Him today and accept His love.