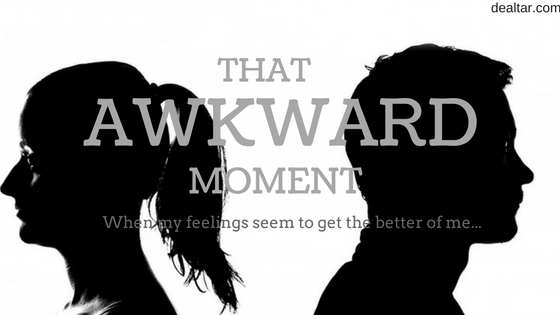 Hello guys… We’ve been off for a while now. But let’s continue from where we stopped.

This time let’s talk about our feelings. Yeah… That funny sensation you get anytime you see or think about him/her, the sensation that causes goose bumps all around your body. (I’m sure you know what I am talking about… #winks). What is your present feeling for him/her? Is it like the usual? Is it much deeper than before? Or is it melting like cold ice in the presence of hot water? Whether you like it or not, It is your emotions. No one else’s.

It is not surprising to discover that mental Illnesses have been known to cause much more damage compared to physical illnesses. Quite a lot of them if not properly taken care of eventually lead to death. Let’s not go that far yet though.

Check This Out:  Who Goes First? By Jesufemi

One good question we need to ask ourselves as young people is; How stable is our emotional state? It’s pretty funny how we get hooked in the dilemma of emotional confusion. (That awkward state of not being sure about who to pick amongst the number of persons you have feelings for; you most times eventually settle for that person you think you have more emotional attachment to). Funny isn’t it?

There is good news to make it stable from its bad state or better from its good state. But the first therapy would be knowing the state of your heart thoroughly. It’s not just about him buying you flowers or her cooking for you and using you as her wallpaper, going to the movies or eatery (even though the guy probably doesn’t even have enough cash on him to cater for himself), making very long calls (sometimes on borrowed airtime), or yours is probably “2going” all night long (I wonder who still does that). Well, It’s time to snap out of it!

It’s time to make use of what we have now to get what we want. Don’t let your head go too far though. What we have is the light of the Father. And this light can be used to get a clearer picture of where we are at the moment and where we want to be later on in life. Where do your feelings belong? His/her heart or yours?

It isn’t wrong to have feelings. It could only get wrong depending on how we place or express those feelings. I once had strong feelings for a guy which I couldn’t control for one minute. Not a second passed without my feelings hitting the hard parts of me. Eventually I lost balance. I staggered so greatly that I almost fell. In fact, I fell. Until someone told me to rise up again. He said “if your legs ain’t strong to gain a stand, stretch your hands to gain that stand back!” Deeper than we think are how our emotions go. Most especially when we depend so much on them.

Check This Out:  The Eagle: An Icon of Focus and Strength

I would want you to check if your feelings for him/her are safe and if those same feelings are giving you the right thoughts, filled with right motives and leading you to the right destination. Helping yourself is not a crime. So start by knowing the state of your emotions.