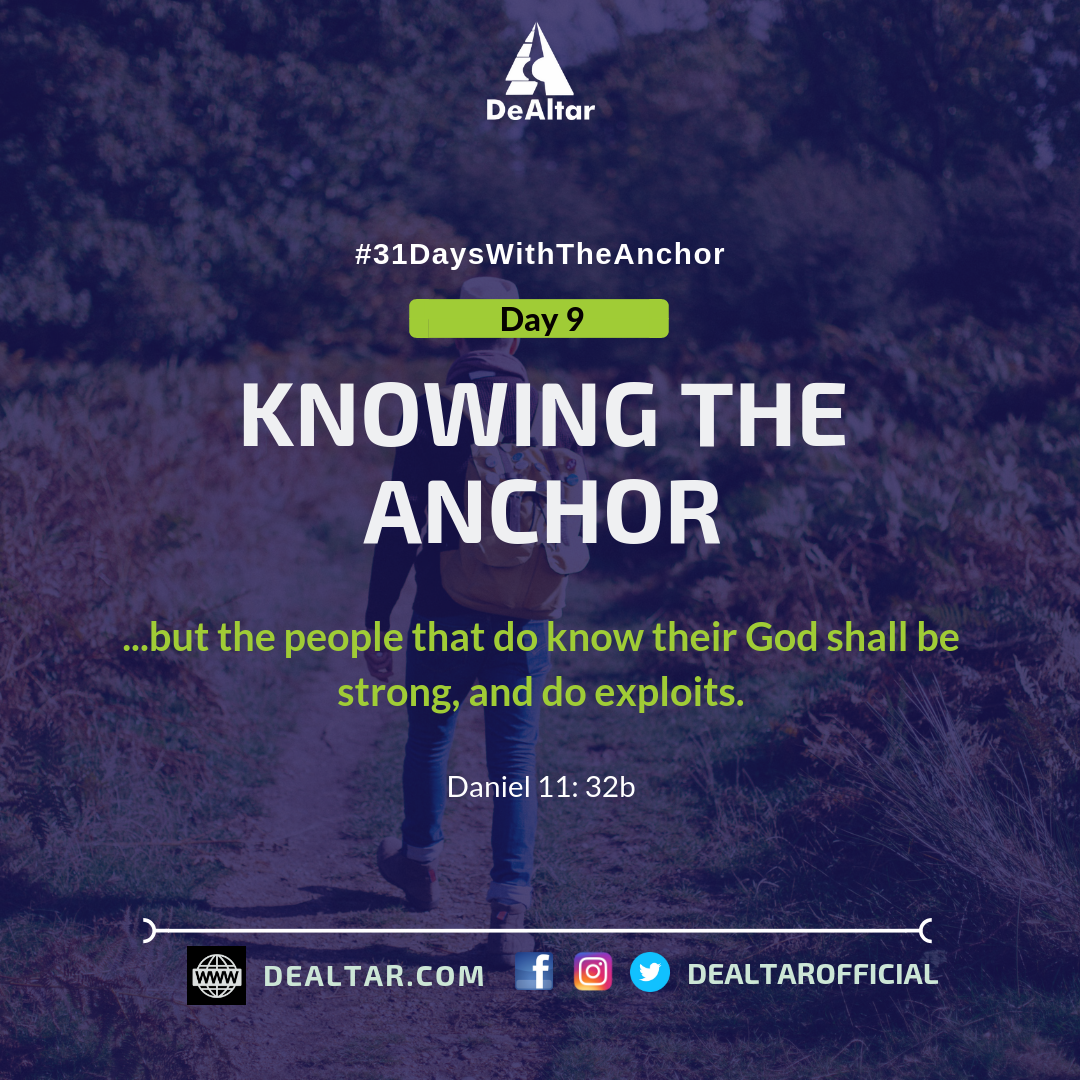 And such as do wickedly against the covenant shall he corrupt by flatteries: but the people that do know their God shall be strong, and do exploits.

I had a conversation with myself, sort of and it’s what you could call meditation. I was asking but about the anchor and I reached a shallow conclusion as I often do at first; that an anchor is some strong heavy metal that is sunk in the sea to keep a ship/boat through sail and this shallow conclusion kept me stuck at what more there is to The Anchor.

Just maybe you also reach this conclusion and you wonder why there is the matter of obeying and trusting the Anchor that you have so limited knowledge of. And on this day I want to bring to your knowledge that you may come into knowing The Anchor.

I need you to see that the Anchor is not just some heavy securing metal, The Anchor is not a thing, He exists. He is life. He is not time-bound, He is eternity. He is not stuck to history, He was, He is and is to come. He is not caught by surprise for by Him were all things made and right from the beginning, He knows the end. He is not limited by men, He is the creator of men. He has got times and seasons in His hands. He isn’t restricted by lack, for He calleth things that be not and they come alive. The combined force of heaven and Earth cannot shake Him. Your whole world that scares, shakes and challenges you is in the palm of His hands. He is not unfeeling, He cares for you. His heart is overflowing with love for you and His choice is you. Through every process, He isn’t ever leaving, never forsaking.

Check This Out:  Beyond The Picture, See! By Dorcas

Now tell me, what is that storm? How mighty and fiery is it? How raging and boisterous is it? Look at that storm and now look at your mighty anchor?

Task for the day