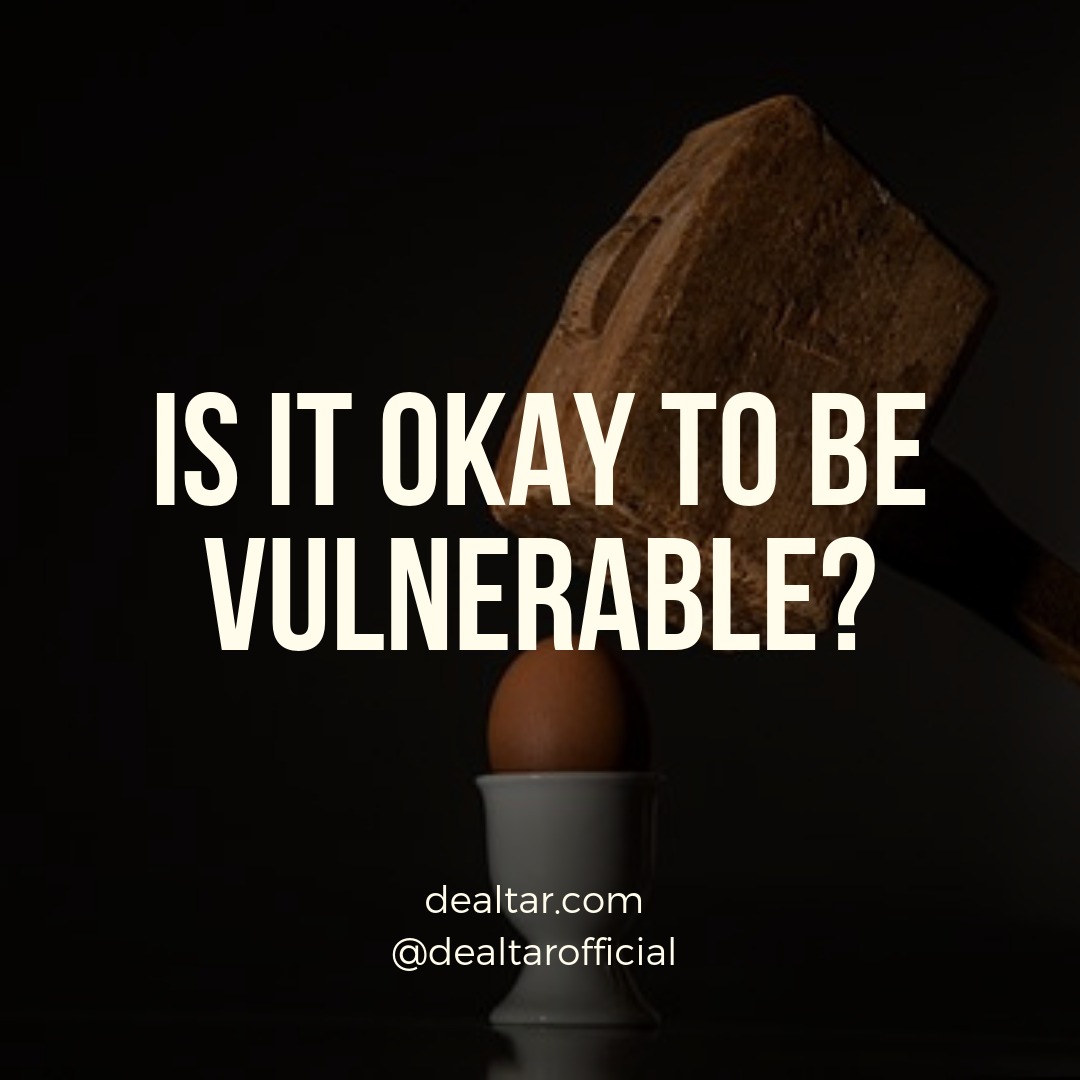 What is the first word that pops in your mind at the sound of Vulnerability?

I am one of the many humans on the surface of this earth who is frightened at the mere thought of being vulnerable because vulnerability is stepping out of comfort, it is coming out without defence, susceptible to attack, open in harm’s way, without guarantee of anything that you might want in return. Coupled with being raised in a part of the world that applauds being tough and self-sufficient, vulnerability is perceived as making a fool of yourself.

Why would I want to make a fool of myself?

Check This Out:  To live or die

In every possible way(denial, pretence) a large number of people will avoid being vulnerable, avoid risks that majorly pertains to their heart, relationship, emotions for the fear of being judged and hurt.

I asked some of my friends to tell what vulnerability meant to them and each one of them reported according to their understanding and experience;

Vulnerability is having a weaker resolve or defence than you normally would have.

Vulnerability is a stage of helplessness.

Vulnerability is the understanding that you’re an open wound, prone to infections and affections, easy to hurt. But it is also knowing that, like all wounds, the more you heal, the more you’re hardened like a scab, and the more resistant you become.It is being aware of your weaknesses, yet at the same time, choosing to see them as what makes you stronger.

Check This Out:  What is self esteem?

Vulnerability is accepting that you are human and you are not flawless.. It means asking for help when need be..it means choosing to be blind.

Check This Out:  What is Temperament and Personality?

What most of us are so scared of actually is the birthplace of greatness.

Is it okay to be vulnerable?

What do you think now?