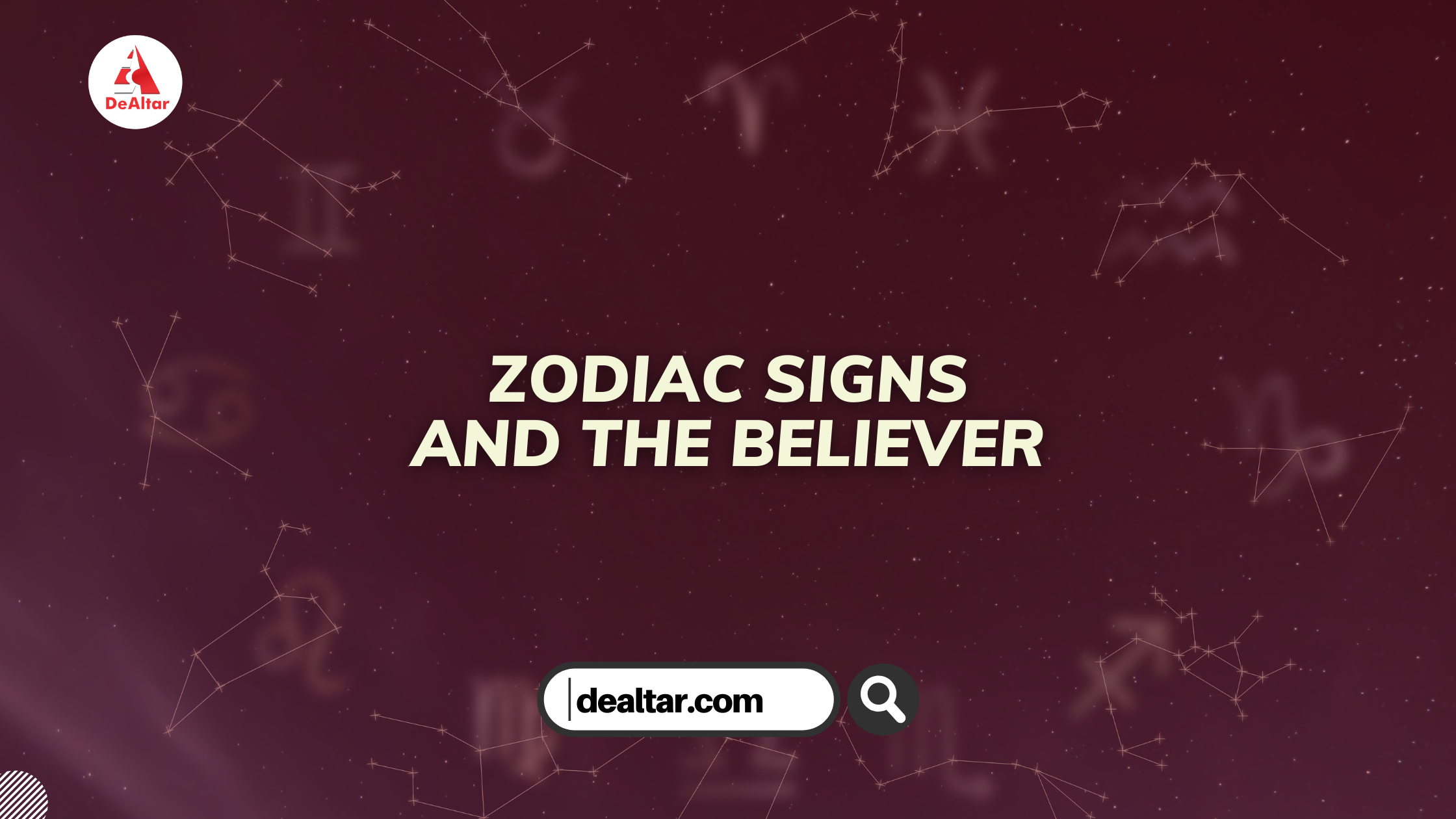 According to the astrological sign theory, our personalities are determined by the zodiac sign into which we are born. The Bible makes it quite plain that God is the One who created us and is responsible for our unique personalities (Psalm 139:14).

The popular star and moon signs which are somehow associated with names of animals or sicknesses are one of the reasons (apart from temperament) people excuse their bad behaviours. You hear stuff like “I’m Aries, we are very blunt, we say it as it is”, really?

You are a child of God. A peculiar person. A royal priesthood! (1 Peter 2:9) Why are you identifying with “Cancer”? If you don’t know what zodiac signs are, I’d explain in the following lines and we’d discuss how a believer should relate and deal with this concept.

What are zodiac signs?

In Western astrology, astrological signs (also referred to as zodiac signs) are the twelve 30-degree sectors that makeup Earth’s 360-degree orbit around the Sun.

The Western zodiac originated in Babylonian astrology and was later influenced by the Hellenistic culture. Astrology is a pseudoscience. Scientific investigations of the theoretical basis and experimental verification of claims have shown it to have no scientific validity or explanatory power.

Check This Out:  Our Deepest Fear

Each sign was named after a constellation the sun annually moved through while crossing the sky. These twelve constellations were called the Zodiac. Many ancient people believed that a person’s behaviour, emotions, and fate were heavily influenced by the time of that person’s birth i.e. that person’s zodiac sign. That is why each of these signs is associated with different personality traits.

The astrological signs are:

These 12 signs each have advantages, disadvantages, strengths, and flaws. The twelve signs of the Zodiac are divided into four elements of water, air, fire, and earth. Each of these factors affects how someone feels, thinks, and behaves.

What does the bible say about zodiac signs?

You do remember that everything in heaven and earth was created by God even the sun, moon and stars (Genesis 1:16-17). The Bible talks about the reason for the need and creation of the stars, along with the sun and moon.

Check This Out:  The Cross

Apparently, they were given for “signs” and “seasons” (Genesis 1:14) i.e. they were intended to serve as a timer. The stars also served as a metaphor for God’s promise to Abraham to provide an endless line of descendants (Genesis 15:5). Abraham got a constant reminder of God’s goodness and faithfulness every time he glanced up at the night sky.

Besides stating the functions of the stars, the Bible also warns against worshipping them in the context of giving relevance to them guiding your life (Deuteronomy 4:19, 18:10b).

Is it a sin to believe in zodiac signs?

The Word of God condemns believing or trusting in the reports of the sun, moon or stars in the context of allowing them to guide your lifestyle as a believer (Leviticus 19:31; Micah 5:12; Isaiah 47:13-14). The commandment to not worship any other God except Him (Exodus 20: 3) still stands to date. Your idea of who you are, what you are and what you’ll be should be influenced by one source and that is God. He is your manufacturer, you can’t get a sure prescription of your future from other creations.

Why does it matter?

Revelations 4:11 say “for thou has created all things and for thy pleasure, they are and we’re created”, so if you have been created for His pleasure and seeking direction from stars doesn’t please Him then you shouldn’t be involved in it. Over the Scripture, God expresses His displeasure in people that leave Him to trust in star signs or divinations and even goes as far as stating the destruction of these people.

Believers should look to God for direction and assistance rather than their horoscope or astrological sign. God created each individual uniquely, and He has a specific plan for their life (Jeremiah 29:11).
The stars, like everything God created, have a purpose and believers should avoid the abuse of these purposes. The believer’s manual and compass through life is the Word of God, which is the Bible! (Psalm 119:105). Your worth can only be found in Christ, remember you are what the Word of God says you are!