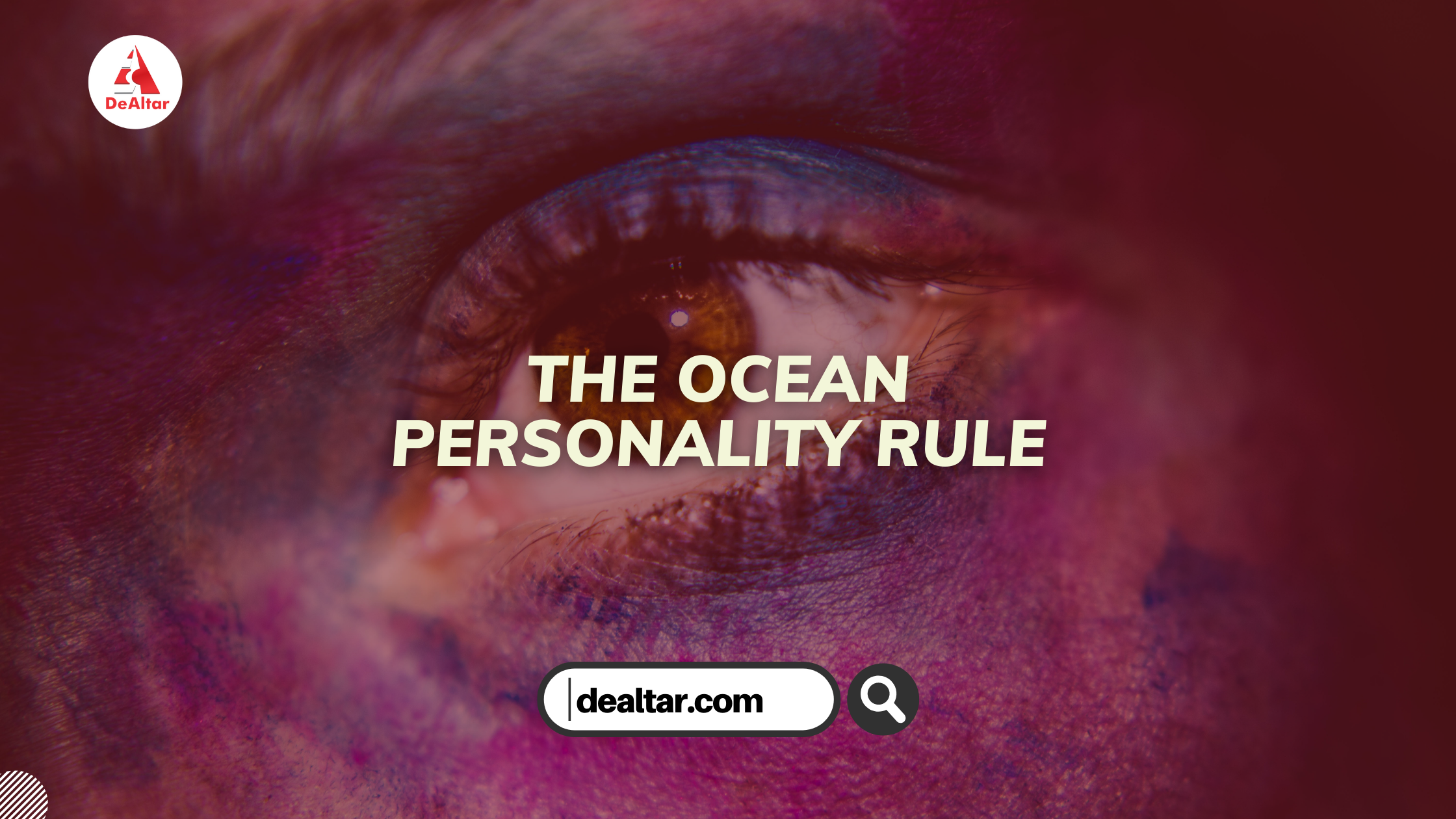 These ocean factors are known as the Big Five because they encompass a large portion of personality-related terms. The five factors are not necessarily traits in and of themselves, but factors into which many related traits and characteristics fit into.

We will look at each factor in detail, with examples to understand what aspects of personality these factors cover. Positive Psychology helped explain these personality types in an easy-to-understand way.

Openness to experience has been described as intellect or imagination. This ocean personality type concerns people’s willingness to try new things, their ability to be vulnerable, and their capability to think outside the box.

An individual who is high in openness to experience is most likely someone who has a love of learning, enjoys arts, engages in a creative career or hobby, and enjoys meeting new people.

While an individual who is low in openness to experience probably prefers routine over variety sticks to what he or she knows and prefers less abstract arts and entertainment.

Check This Out:  A New Me

Conscientiousness is an ocean trait that can be described as the tendency to control impulses and act in socially acceptable ways.  Conscientious people excel in their ability to delay gratification, work within the rules, and plan and organize effectively.

People high in conscientiousness are likely to be successful in school and in their careers, to excel in leadership positions, and to doggedly pursue their goals with determination and forethought.

People low in conscientiousness are much more likely to procrastinate, be flighty, impetuous, and impulsive.

Check This Out:  Just Trust Dad

People high in extroversion tend to seek out opportunities for social interaction, where they are often the “life of the party.” They are comfortable with others, are gregarious, and are prone to action rather than contemplation.

People low in extroversion are more likely to be people “of few words who are quiet, introspective, reserved, and thoughtful.

This ocean type concerns how well people get along with others. While extroversion concerns sources of energy and the pursuit of interactions with others, agreeableness concerns one’s orientation to others. It is a construct that rests on how an individual generally interacts with others.

People high in agreeableness tend to be well-liked, respected, and sensitive to the needs of others. They likely have very few enemies, as they are affectionate to their friends and loved ones, as well as sympathetic to the plights of strangers.

People on the low end of the agreeableness personality, are less likely to be trusted and liked by others. They tend to be callous, blunt, rude, ill-tempered, antagonistic, and sarcastic. Although not all people who are low in agreeableness are cruel or abrasive, they are not likely to leave others with a warm fuzzy feeling.

Check This Out:  I Choose Love Over Me

This ocean personality, known as the nervous big 5 personalities, is not a factor of meanness or incompetence, but one of confidence and being comfortable in one’s own skin. It encompasses one’s emotional stability and general temper.

Those high in neuroticism are generally prone to anxiety, sadness, worry, and low self-esteem. They may be temperamental or easily angered. They also tend to be self-conscious and unsure of themselves.

Individuals who are on the low end of neuroticism are more likely to feel confident, sure of themselves, and adventurous. They may also be brave and unencumbered by worry or self-doubt.

Now that you know what ocean category you belong to, you have a better understanding of why you and your friends/family act in certain patterns and make certain decisions. Asides from the big five, knowing the difference between temperament and personality also help in determining our understanding of people.

For a better understanding of the ocean personality rule, positive psychology has amazing resources to help answer questions you might have.