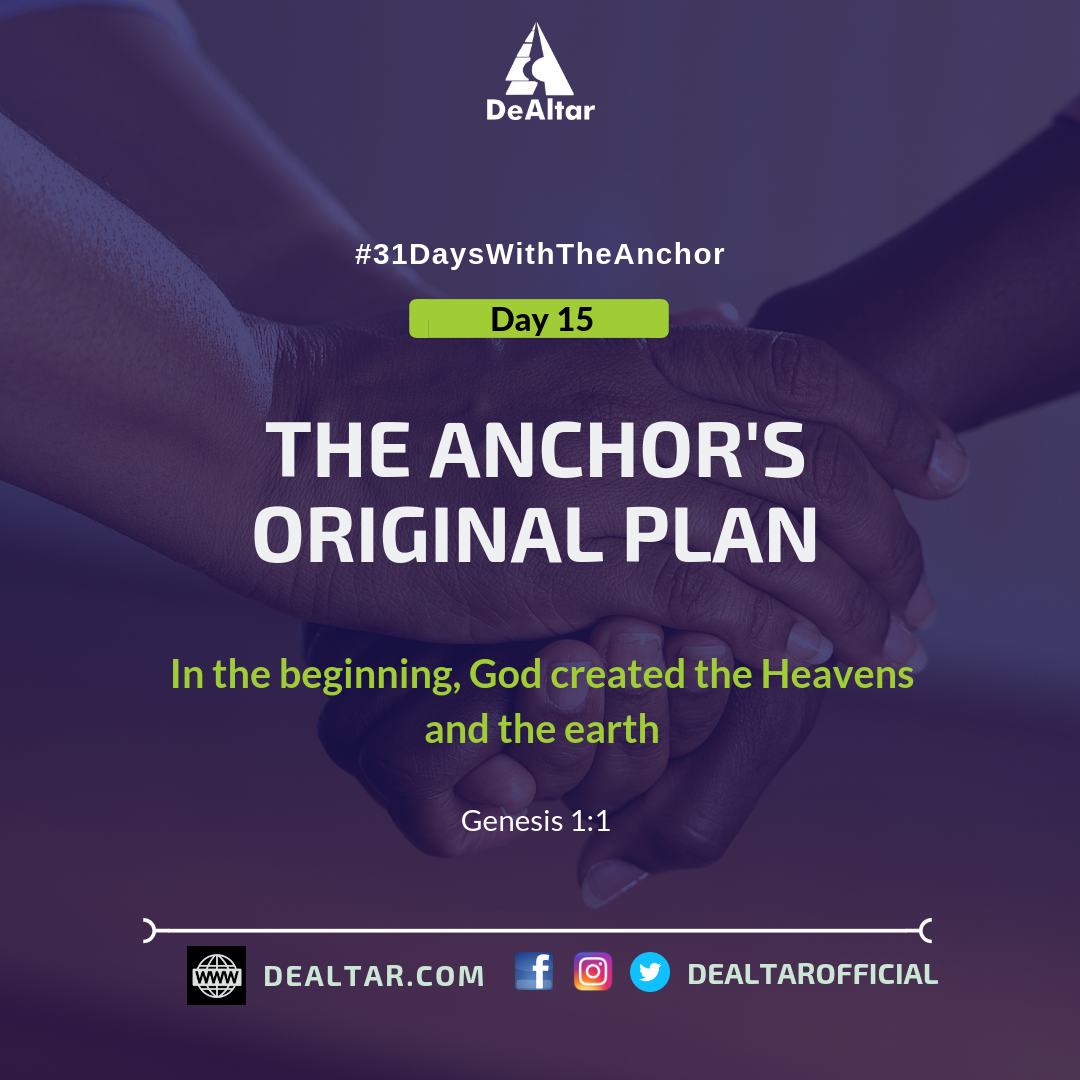 One where there is no pain
One where suffering doesn’t exist
One in which sickness and death have no power
One where hunger is an alien and lack is unheard of
One where peace and love abound
One where being your brother’s keeper is the watchword, and loving thy neighbor as thy self is not just a slogan, but a lifestyle.

In the beginning, evil wasn’t intended
In the beginning, man was created to rule the earth, in comfort and splendor
In the beginning, we took directions from the Anchor Himself, until we fell prey to deception.
Letting the devil make us believe we would be just fine on our own.
Thinking we wouldn’t be needing the anchor anymore.
How wrong we were

Can we all just go back to the beginning?

Task for the day:

Ask The Anchor to open your eyes to His original plan for your life.